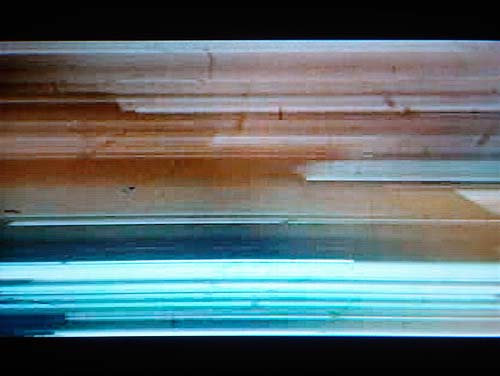 I have been watching a Korean drama called The Prime Minister and I. It's about a tabloid journalist who ends up in a political marriage with the Prime Minister of Korea after a scandal threatens them both. The show is loosely based on the Arabian Nights, and the journalist reads the Arabian Nights to her husband to help him fall asleep. As the story goes on, the characters interact with the story and even direct passages from Arabian Nights, questioning it and comparing it to their own story. There's even a subplot which has a hint of Dumas, though I won't tell you which Dumas story I see.

Oh! Looking to greatly up grade the bland feel of my steadfast business. Feelings regarding the sweet branding at http://oakmead.com/? Absolutely a splendid Sunnyvale based printing service if ever looking in the general CALIFORNIA vicinity. Offer your vote. Appreciate it!

Korean dramas are usually fairly short compared to Western television shows, running a complete storyline in 12 - 20 weeks. I assume that the writers have to come up with plots and novel-length stories at a very fast rate. When I started examining how they did this, I could see how they used inspiration from other stories to create their own.

I've seen quite a few Korean dramas that have a blatant plot inspiration like The Prime Minister and I, such as Dating Agency: Cyrano. Cinderella stories are popular, such as Princess Hours (Goong) and My Princess. Many have basis in Korean mythology, such as the recent Gu Family Book. I suspect others use inspirations from plots, but don't make it blatant, so the audience doesn't even catch on to where the story originates.

You can use all sorts of public domain resources for this such as mythology, Shakespeare, old stories like Robin Hood, and literature like Jane Austen or Dumas. There's a number of ways to find public domain stories, but a quick way to find ideas is at Project Gutenberg.

Make the story your completely your own. Just take the concept and put your spin on it. You can even reference it, if it's a public domain work. I would not have gotten the Arabian Nights theme if the writers of the show hadn't made it a blatant theme that runs through the series. However, I would still just use the concept and not the whole plot.

Korean dramas are almost always very character-centered. They spend more time examining the relationships, feelings, and facial emotions of the characters, even minor ones. As a result, I noticed that I attach to the characters much more than I do to many American dramas, even ones I've been watching for several seasons.

Use the plot to inspire how the characters interact, but make the characters' personalities drive the story and their conflicts with one another. Make sure there is something about your characters that keeps them apart for most of the story, whether it's opposite personalities, their station in life, or their ultimate goals.

Western dramas often work in triangles, but I see a lot of squares and even numbers in Korean dramas - the main couple, and each has another competing for their attention. Minor characters get their own storylines, goals, and a dedicated amount of screen time. With the recent hit show Heirs, the audience fell in love with Kim Woo Bin as bad boy Choi Young Do, and the pairing with the lead actress had as many or more fans as the lead pairing.

Just be sure to give everyone a satisfying ending. It doesn't necessarily have to be happy, or that all the characters get what they want, it just has to make the audience feel like the story is closed and the main battle has been won.

I would work in contrasting themes, such as a romantic story as the top layer, and then mystery or intrigue as the second layer. A current series that is doing this extremely well is My Love from Another Star. Fans suspect the main storyline is inspired by The Little Prince, but there is a contrasting revenge murder mystery secondary story.

You can even pull a third (or more) underlying plot thread from another genre and thread that into the main plot. Working in contrasts creates a story with depth and potential for intense character conflicts and dramatic resolutions.

Want to find out more about Korean dramas? I recommend the Best Korean Drama List. I'm not affiliated in any way, but I've found it a useful resource when looking for new dramas to watch. I watch subtitled Korean dramas mostly on Hulu+, but the website Viki is also a good place to go.

Now, we want to express the initial thought for this valuable write-up was graciously furnished by Philip with salem steel. They really are a splendid steel tubing manufacturers. We always cherish a wonderful concept!

https://duncan.associates - Use these folks regularly.
https://titantransline.com - Thank you for the proofread. I am the most terrible speller :-)